The book contains 9 short stories from award-winning writer.  This book uses allegory method or metaphor that focuses on using domestic folktale that readers are familiar with and also create new characters or atmosphere to act as a vehicle to represent real-world issues in easily-understood language.

The story is about a village that was going through the harshest winter in history. The town leader had to use the most valuable books in town to fuel fire. Therefore, he was the one who has to take full responsibility of his action.

When a society uses a single piece of card to decide whether a person is good or not. They must hold white cards to prove that they are good and when they hold black cards, they are bad and will be killed. Is it really a good method to control the society?

What will happen if human falls in love with a satellite? A man had so much special feelings with the satellite that he created and controlled. He decided to freeze his body and transferred his brain and feelings to a computer to be with her forever.

The story about the train that comes every night at midnight but no one has ever opened its door. One day a man’s friend told him that he knew how to open the door and asked the man to join him in a never-ending journey.

A man who was raised by his mother only has received a notebook from his dad as an inheritance. He barely sees or knows his father, but he knows him better after reading his story in the notebook. He got inspired to live his love life like his father.

When the world is controlled by robots and wicked leaders and people have to live with little amount of freedom. Oil is treasure, so this family decided to steal some oil for their living. What will happen when the leaders found out about their plan?

No one in town should wonder about God or his messenger. All they have to do is pray and believe in him. When you have doubt about God, you are an unorthodox and your status in the society will change.

For 20 years, 8 people have lived together in the same shelter to save themselves from the war. They have been happy in there until they started to realize that whether the war is still going on outside or not.

Jidanun Leungpiansamut has won many awards from her short stories and she is the youngest female author that has ever received the S.E.A. Write Award. The Unorthodox Lion contains 9 short stories that were written to be easy-to-read and enjoyable enough for teenagers and young adults.

Perfect Shape By Yoga in 30 Days

When I Grew Up

Come On, Don’t Think Too Much 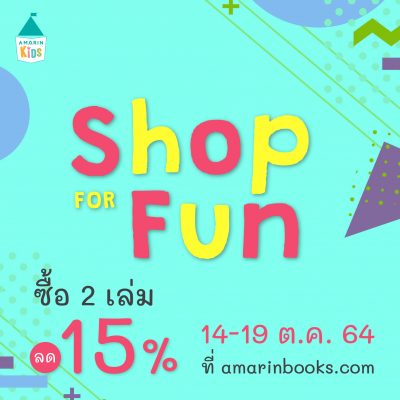